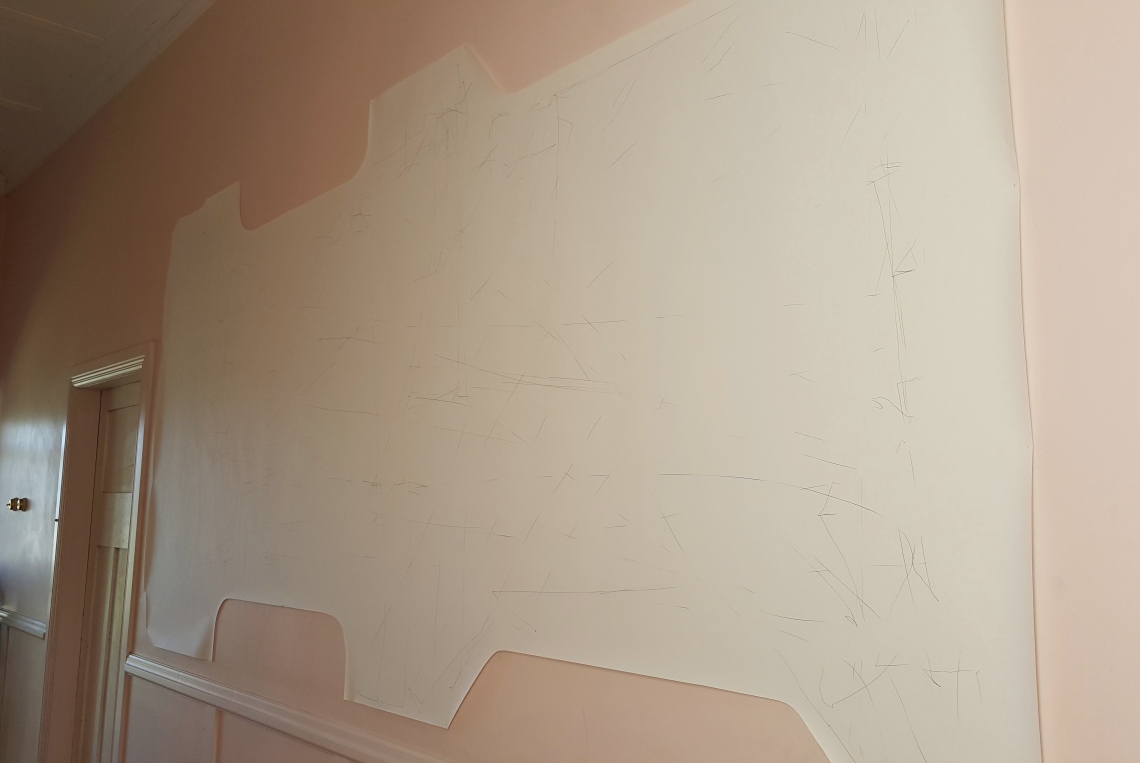 Drawing is a representation of process movement and energy. Journey, the space between departure and arrival, has its own momentum which can be transcribed, recording not only the distance and duration of that travel, but also formalising the incidental movement as line.

Appendix (Seven) worked as an active element to my MFA final submission; Posted drawing box made to dimensions of Bay C 1:100, and showed a method of recording journey as line alongside a more spatial rendition of the process.

On the 22nd of January, seven drawing devices were introduced to a van and the vehicle followed a route, tracing the path from my studio to the site of the MFA exhibition. Its arrival at this destination coincided with the opening night, and during this time the work remained in the car park beside the entrance. At the conclusion of the open night the van was driven to its finishing point at the site of the ’and (&) per se and’ exhibition where it remained for the duration of the two shows.

This work is a linkage between the sites as well as a visual explanation, an ‘and’ or addition to a work which uses the same basic principal as its starting point; drawing as a device to capture and consider movement, energy and the incidental.

Shown at and (&) per se and  andperseblog.wordpress.com

View all posts by roseemeyer